We are honored in the work that we do to come alongside inspiring people with inspiring ideas to make cool things happen in the world for people in remote places. One such example is Courtenay Cabot Venton, an economist working in global development, who has spearheaded the development of an app that is going to scale around the world through a web of partnerships to enable “self help groups” in impoverished places make use of technology to empower and uplift their members… In many ways Courtenay’s story of creating this app to empower women around the world itself shows the very nature of empowerment that is changing the world and bringing people together to create solutions to some of our world’s most vexing problems. 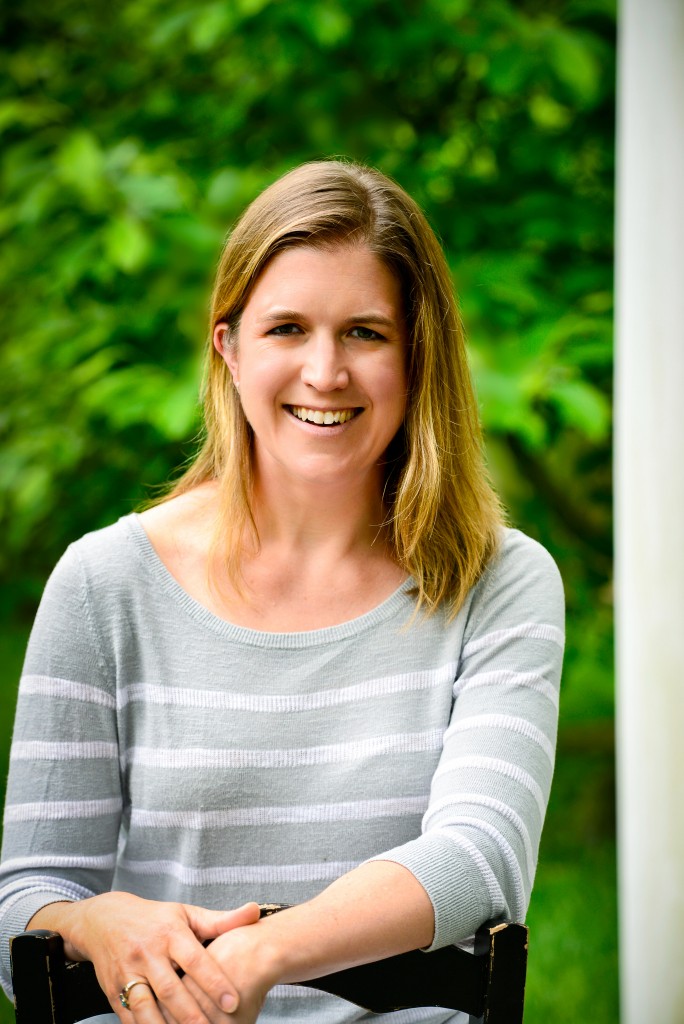 I met Meseret for the first time in Nazareth, a town south of Ethiopia’s capital, Addis Ababa. Meseret is a member and leader of a Self Help Group (SHG) approach that I had been asked to evaluate. We were sitting in a small room, rain falling on the tin roof, as she told me about her journey with her SHG. It is a story that will stay with me forever – and inspired me to develop tools that could help to share this approach with as many people as possible.

Self Help Groups (SHGs) are groups of 15-20 people – mostly women – who come together to save, invest in small businesses, and support each other and their communities. By saving together they are able to lend to each other for small business activities. But more importantly, by working collectively, the women feel empowered to create change in their communities. What’s more, the approach tends to go viral once seeded, with existing groups helping to set up new groups.

ined to do something more, I pulled together a team and we collectively developed an app that would help facilitators to strengthen and spread the Self Help Group model. The app is designed for the facilitators of the groups, and digitizes the weekly content that they use to run a meeting; we could see the potential for an app to help to deepen and strengthen the spread of the approach.

At the time, I had no idea where this would lead, or if we would be successful. With seed funding from private donors, we started small and developed a prototype. That led to catalytic funding from the UK government. Three years in, we have funding from the Bill & Melinda Gates Foundation and a vision for a digital platform to help scale the Self Help Group approach globally.

Meseret came from a poor family, but they managed to get by. Her parents supported her and her four siblings to go to school, and Meseret had plans to go to university. That all changed when her father unexpectedly died when she was 14. Meseret had to work in the evenings after school to help support her family. Her mother wanted to marry her off to an older, wealthy man, but she resisted and married Belay, her childhood sweetheart, when she was 18.

The next year they had their first child – a daughter named Kalkidan – and moved to Nazareth to find work. They slept on the floor of a rented room. They had no money or food, and Meseret was struggling to nurse their baby. Belay would bring home the lunch that he received at work, and they would share that one meal.

Some of the local women invited Meseret to join their Self Help Group. They were meeting each week and working together to save, start small businesses, and create change in their community. Meseret was skeptical – she was very poor and didn’t see how she could change her life. Nonetheless, she began to save a small amount of money – as small as a few coffee beans a day – and quickly realized that by working together with the women in her group, she was growing in confidence.

When she applied for a local government job – and got it – her husband began to beat her. She was disrupting the traditional role for women, and he didn’t like it. He finally gave her an ultimatum – him or her work. She chose her work. She knew that she deserved to be independent, to honor the education given to her by her parents, and to provide for her children.

Her Self Help Group was her lifeline. Meseret’s savings and income grew, she was able to buy a small house, and send her daughter to school. But more importantly, the women had become her family. When I ask Meseret how long she thinks her Self Help Group will stay together, her first response is a confused expression. Then the smile creeps across her face, and she begins to laugh. “We will be together forever. We are sisters.”

As an economist, I have been asked to evaluate many different types of projects – from water to health to education. And while there has been a lot of success, there has also been a lot of failure.

I have lost count of the number of times that I have been in poor communities around the world, and witnessed perfectly constructed schools, standing out amidst a horizon of mud huts, but with no teachers or teaching materials…

Hospitals with no medical supplies… 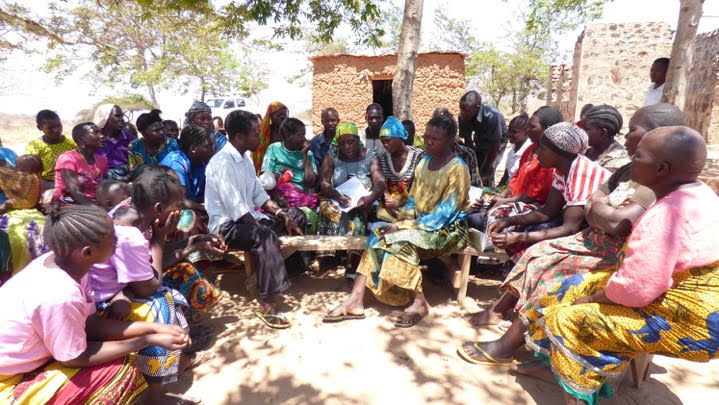 Water pumps that are no longer delivering clean water…

The Self Help Group approach instantly caught my attention. It was the first time, ever, that I sat in a village, speaking with a group of people affected by poverty, and not a single person asked me for assistance. Quite the opposite, they were talking over each other, overflowing with examples of the ways that they were creating change in their communities, bursting with ideas for how to do more.

The approach disrupts the ways that we typically provide aid to poor communities. First, it believes in the power of the poor as change agents themselves. It breaks the cycles of dependency that are so rife in many developing countries. Change is truly grassroots, led from the bottom up, as opposed to activities being driven by external agents. And it’s scalable – once seeded, Self Help Groups can become viral, with rapid replication, often growing organically as SHG members from one group seed a new group.

Self Help Groups unleash transformative change. At the heart of the model is a focus on empowerment. Women have worked collectively to stop female genital mutilation, and have run campaigns to ensure that people with HIV/Aids are taking their anti-retrovirals. They have stopped child marriages from taking place, opened preschools, and advocated with local governments. They are driving change in their communities that we could never hope to do from the outside. They are transforming poverty from the inside out.

When I returned from that first trip to Nazareth, I knew that I wanted to do something to help to bring this approach to more people. I started by talking to as many people as I could about the Self Help Groups, and a partnership started to emerge. Tearfund, the relief and development agency that was implementing the SHG model in Ethiopia, understood how the process worked. One Hen, a US non-profit that works with youth around starting their own businesses, offered to incubate a pilot. Code Innovation, a company that develops technology solutions in developing countries, saw the potential to build an app that would help to strengthen the SHG approach.

I was incredibly lucky that the concept resonated with a couple of private donors – friends of mine who don’t even work in the international development space but could see the potential and had a heart for seeing women empowered. 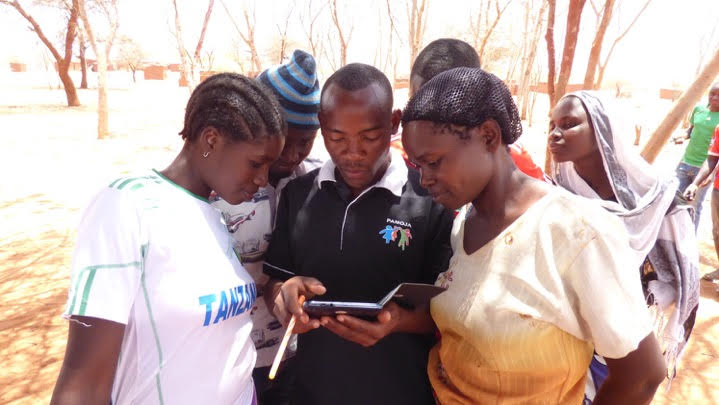 And so we embarked on building our first iteration. The app focuses on content – it provides a facilitator with the materials that they might need each week as they meet with the Self Help Groups. It gives them games and resources, at their fingertips. While mobile phone use is growing rapidly in developing countries, the cost and availability of data can be a blockage, so the app works entirely offline, making it accessible even in very poor and rural locations.

The first version of the app was enough to catch the attention of the UK Department for International Development (DFID), who gave us catalytic funding to scale our pilot by 1,000%, expanding to Tanzania and adding a new implementing partner. The process is heavily driven by user feedback, and we were able to start to respond to some of the facilitators’ requests by adding in significant amounts of content and functionality.

Last year, the project secured funding from the Bill & Melinda Gates Foundation. We just held a co-creation workshop in Nairobi with 18 implementing partners across Africa and as far afield as Haiti. We have over 200 groups in India who are using the app – despite the fact that we have never seeded nor sensitized any Indian partners. 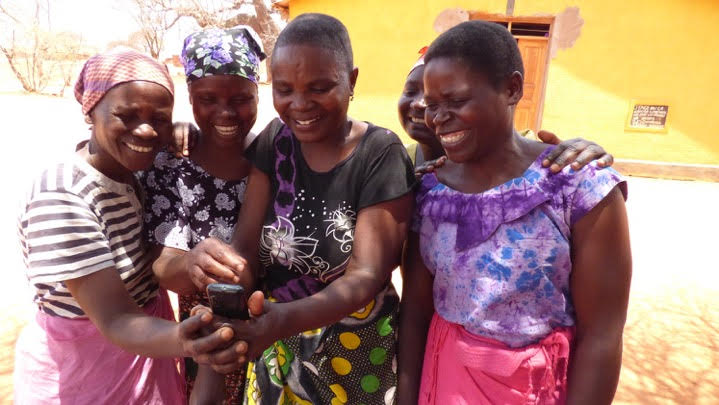 The journey has been intense. I am so grateful to friends who provided the seed funding at the early stages when I was trying to develop the concept. But it was daunting to accept their funds, knowing that even the best projects can fail. I knew that the project would be far better served by bringing together a group of partner organizations who collectively delivered the expertise that would make this fly. But institutional donors were reluctant, wanting to fund a single dedicated organization – we were lucky to have partners like the Imago Dei Fund who valued our collaborative approach. And navigating the team’s different ideas and ways of working stretched our boundaries repeatedly. The team worked tirelessly, well outside the bounds of our funding, to get this project to each next step.

I am still pinching myself. It is amazing to see a concept grow into something that can help to bring the SHG approach to more and more women, and hopefully strengthen and deepen that process. Every step has felt like a leap of faith – and every step has been worth it.

In so many ways, the creation of this app embodies the collective empowerment that so inspired Courtenay when she first heard Meseret’s story. Empowerment comes in many forms but at its core happens by creating vehicles to unleash the human spirit to change the world. You can’t empower someone else – it comes from within each of us but doesn’t happen in isolation. We find strength when we gather together to create a better world. Kudos to the whole team which came together to create this new app! If you want to find out more about Courtenay’s work or reach out to her, you can connect via her website at courtenaycabotventon.com.