Wendo Aszed lives with her family in the area of Rift Valley in Central Kenya. In 2009, she started Dandelion Africa to work in the communities where she was born after two very close friends died of AIDS. She wanted to serve the most vulnerable in the community so she began developing programs for women and girls who experienced high levels of poverty, gender-based violence, sexual abuse, and harmful gender practices sanctioned by long held social norms.  It wasn’t long before she realized that to stem these problems you can’t just work to empower girls and women, you need to work to change the attitudes of boys and men. Dandelion was recently named the 2017 Segal Family Foundation “Rising Star Honoree” and recently was selected for the first award of the New England International Donors Women & Girls Giving Circle to be given at the end of this month.

In the wake of this still unfolding “me too” movement that is revealing a disturbing, endemic pattern of sexual assault and impunity here in the US, we are asking partners around the globe to share how they are working to promote healthy, consensual masculinity. We also are sharing a special series – “God As Us” – Me Too to reflect on the unique role that religious beliefs play in both the problem and the solution to moving humanity forward to a more gender-balanced way of being human together. 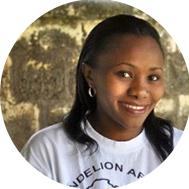 The only thing that is constant is change. Change is not easy, because we are conditioned to view things in a certain way. For example, we believe that if you want to conduct an orchestra you must turn your back to the audience. If someone suggested that an orchestra should be conducted facing the audience, people would disagree. It seems backwards. The conductor is there for the benefit of the orchestra, not the audience. But what if this change has benefits? What if turning our backs to the orchestra is a good change? 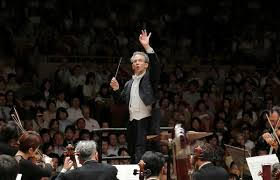 When it comes to advocating for the rights of women and girls, we often focus on working with women and girls. After all, we are there for their benefit. But what if we turned around and faced the audience? What if we focused on involving men and boys? This raises many questions: Is it possible for organizations to involve boys and men to advocate for rights of women and girls? How do we involve men and boys to be allies on issues that are so culturally ingrained in them? These issues are ingrained to a point that many men cannot comprehend why women are so upset about violence, lack of choice for sexual and reproductive health and rights (SRHR), and female genital mutilation (FGM), whilst it has been happening since time immemorial. 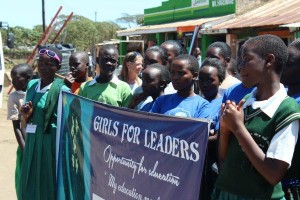 Dandelion Africa was founded nearly 7 years ago to improve the quality of life in rural communities and reduce ‘information poverty’. We saw how women were dying of AIDS because they did not understand how it was transmitted. They put up with domestic and sexual violence because they believed that it was the way men showed their love. Girls were getting married as early as 13 years of age, because it was believed that it is a ‘waste of time’ to educate them. Female Genital Mutilation was acceptable because it turned women, into ‘real’ women, who understood how to take care of their husbands. Women were not allowed to choose the number of children they wanted to have, it was the man’s decision to make. 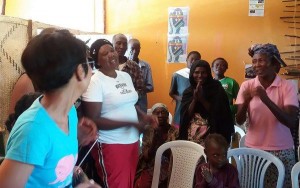 We noted that lack of accurate information had a lot to do with people living in poverty. People who do not have information cannot make informed decisions, not only about their health but also their economic livelihoods. We tackled these challenges by providing information on issues affecting women. We worked with women and girls to understand their worth, created safe spaces for them to use their voices, taught them on reporting systems on gender violence, the importance of educating girls to provide them with equal opportunities to boys, and we provided information and services on sexual and reproductive health and rights. We focused our work on women and girls, as if we were conducting the orchestra. 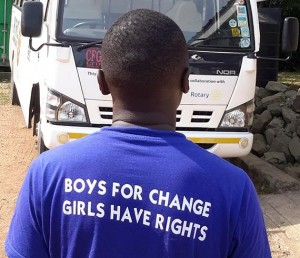 Then we got creative, and we turned our backs to the orchestra. In order to more fully address the issues, we decided to face the audience. Dandelion Africa started the campaign and program, Boys for Change to educate our boys and men on what it really means for a woman to undergo Female Genital Mutilation, and the effects of gender based violence. Village-based capacity building meetings were conducted to educate and involve men in the discussion of how FGM and gender based violence (GBV) affects both women and men, and how culture plays a part in the lack of response from men and boys with respect to violence and suppression of women and girls. 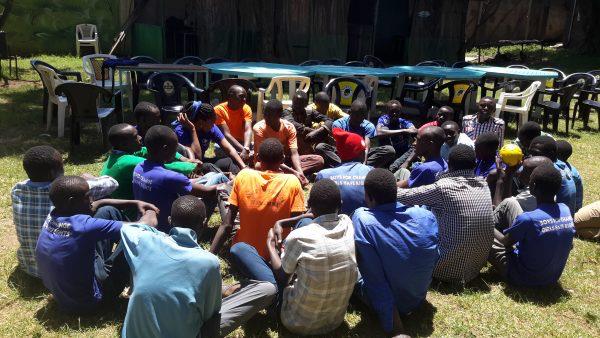 With over 1,500 boys and men in the Boys for Change program today, we have learned that we cannot hope to have a lasting solution to gender based violence without the involvement of men and boys in women’s rights movements. We have learned that when we ignore the powers in our context that change or reverse all our efforts as women, we will not fully achieve our freedoms. The greatest liberation for our community has been to recognize the role of boys and men in reducing gender based violence. We cannot clap with one hand, and the more we try, the longer it will take to find a strategy to clap.

History has shown that when the first campaigns started Reclaim the night marches/ Take back the night in the 1970s’, it would be assumed that the struggle for women’s freedoms from various harmful practices and violations, would be a thing of the past by 2017. We currently have the #metoo campaign on social media, which shows us that even for me, sitting in a remote village in rural Kenya, the struggle continues. 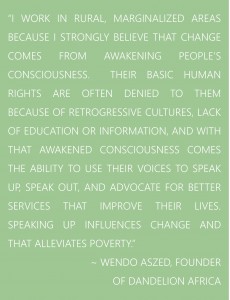 In order to move forward, it is imperative that we involve boys and men. Contrary to beliefs that men know the effects of some of these harmful practices, including FGM and GBV, most do not know.  We have lived in a world where we are building the capacities of girls because they have been affected the most. But we tend to forget that in any culture, here in the village or abroad, power is power. And if that power is not addressed, it will always water down all the efforts for change including gender equality.

At Dandelion Africa, we have learned that when boys understand what is removed during FGM for instance, they are shocked at the pain and the effects it has on girls. And by us working with men and boys as allies to fight against FGM and GBV, not just teaching them so that they can remember, we gain their support to fight retrogressive practices that hinder women and girls from attaining their full potential. Our villages have abandoned practices like FGM, and GBV has significantly reduced. 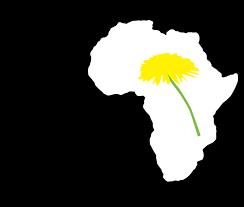 As an organization, we believe that the key to sustainable change is the involvement of boys and men in these conversations, not just to tell them to support women, but involving them in every aspect. If we do not change our strategy to our approach in women’s rights movements, we will have an impact only as fast as a snail in a marathon.

It’s time to face the audience.

Admin Imago Dei Fund2017-11-16T01:06:28-05:00
“Africans believe in something that is difficult to render in English. We call it ubuntu, botho. It means the essence of being human. You know when it is there and when it is absent. It speaks about humaneness, gentleness, hospitality, putting yourself out on behalf of others, being vulnerable. It embraces compassion and toughness. It recognizes that my humanity is bound up in yours, for we can only be human together.”
Desmond Tutu