Happy New Year!  I keep saying it even as January quickly passes us by.  My daughter pointed it out yesterday: “Stop saying ‘happy new year’.  20 days have already passed.” 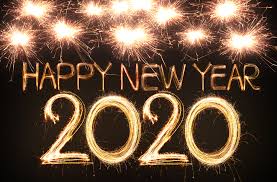 I have mostly been saying it to people I haven’t seen since before the holidays.  But her objection made me pause.  Other than not knowing what else to say, was there another reason why I was falling back on this one?  Is it because I would like to believe that this year will be better than last and by saying Happy New Year I can bring that into being?

I have struggled to write this “Happy New Year” blog. I think it’s for two reasons.  First, I am not feeling great about the world at the moment.  As my colleagues and I reflected as we came back after the holidays, we are worried for the world.  I am particular concerned with how badly our species – i.e., people, are behaving.  You start to have a conversation with someone and before you know it, you’re talking about somebody’s bad behavior that recently showed up in the news.  Nothing surprises us anymore – even as the impeachment of our president is happening before our eyes.

The second reason that I am struggling is that I am short on examples that give me hope.  Seriously, even the things that normally give me hope are not working.  And it’s not because there is a shortage of amazing people doing amazing things in the world – I have the privilege to be surrounded by smart, innovative, creative people, committed to making the world a better place.  So, why am I struggling to draw hope from that?

Last night I went to a Martin Luther King Day celebration at my daughter’s school.  An obligatory event, I was willing but not overly excited about attending yet another empty “I have a dream” celebration. Turns out the event was just what I needed.  The keynote was Nyle Fort – if you don’t know him, I strongly recommend you check him out.  He is a scholar, minister, and activist working on his PhD at Princeton University.  He said several critically important things about how we should be “completing” the dreams of Martin Luther King Jr, not “commemorating” those dreams, and about how our current president is not an “aberration” but a “disclosure of our underbelly” – America is a country that hasn’t come to terms with its militarization, poverty and racism.  But one of the things that is sticking with me is a quote he took from James Baldwin:

“I know what I’m asking is impossible. But in our time, as in every time, the impossible is the least that one can demand-and one is, after all, emboldened by the spectacle of human history in general, and the American Negro history in particular, for it testifies to nothing less than the perpetual achievement of the impossible. ” (The Fire Next Time, 1963)

I think this speaks to what I am struggling with – the hope we need and the behavior that we deserve from our fellow humans should not be an impossible thing to find.  We need to hold the bar for ourselves higher.

And yet that’s where we are.  When James Baldwin was asking for the impossible, I assume he was asking for big complicated things like the dismantling of racism, the elimination of poverty, equality for all, etc.  But maybe he was also asking for what now seem like impossible things – people behaving with respect for one another.  People coming together on things that matter to all of us because we are people – food, water, jobs, health, fairness, safety, etc.  As I look for hope to keep me from getting stuck in the mire of what seems impossible, I commit to “wrestling” with despair, and to look for ways to demonstrate that the impossible is possible.

“The country is in deep trouble. We’ve forgotten that a rich life consists fundamentally of serving others, trying to leave the world a little better than you found it. We need the courage to question the powers that be, the courage to be impatient with evil and patient with people, the courage to fight for social justice. In many instances we will be stepping out on nothing, and just hoping to land on something. But that’s the struggle. To live is to wrestle with despair, yet never allow despair to have the last word.” ~ Cornell West

In closing, this is what I wish for all of us in this new year – that despair never gets to have the last word.

Admin Imago Dei Fund2020-01-23T19:13:43-05:00
“Some journeys are direct, and some are circuitous; some are heroic, and some are fearful and muddled. But every journey, honestly undertaken, stands a chance of taking us toward the place where our deep gladness meets the world’s deep need.”
Parker Palmer