This author has not yet filled in any details.
So far Admin Imago Dei Fund has created 248 blog entries.

World Without Exploitation “Now & Next” Speaker Series: Survivors Speak Out on the Reality of Decriminalizing the Sex Trade

The more things change, the more we need to come together. Much has changed for all of us over the last few months. But one thing has remained the same: Our collective commitment to creating a world where no person is bought, sold or exploited. While we cannot come together in person this May for the World Without Exploitation National Convening, we can continue to connect, collaborate and learn from one another. Because facilitating connection is what World Without Exploitation is all about.

Virtual Summer Soiree: Changing Ourselves, Changing Our World. Join Fellow NEID members for virtual drinks and dinner and explore how the pandemic is changing us and our vision for how we wish to change our world.

Boston Pray Convenes Over 1,000 people on the Boston Common

More than 1,000 people gathered in Boston Common on Sunday for Boston Pray. (WBZ-TV)

Truth Telling – Ours to Do

Following George Floyd’s murder by police in Minneapolis, and the protests that ensued thereafter, some strange emails and texts started showing up on my phone.  They went something like this:

Lisa, I just wanted to let you know I’ve been thinking about you.  We are all in mourning.  I’m wondering how you are and how tired, enraged, saddened you are by the chronic failure of our country and maybe a little hopeful that some modicum of change—though not nearly enough—may be on the horizon. One thing I am doing, in addition to taking actions, is reaching out to our black friends and saying we are here and want to listen and support.

This outreach, that came fast and furious, left me asking my African American husband and friends if I had missed something in the news cycle. It slowly became clear that there was something different going on in response to the death of yet another African American man by white men. White people in the USA, maybe because they were all locked up in their homes thanks to COVID-19, were being forced to experience the truth. The truth that African Americans have lived with since they came to this place called America as slaves, and before that when as Africans, they were colonized. Given that white people seem to be getting intimate with this painful truth, shouldn’t I be reaching out to them to see how they are doing?

Dear white friend: How are you feeling as you recognize that your privilege and power has come at the expense of millions of Black, Brown, and Native people in this country and around the world? That the disparities we are seeing from COVID-19 have always been there, and your ability as privileged white people to get any health care you need while Black, Brown, and Native Peoples can’t get any healthcare is the fruit of that disparity?  Forgive me for my uncharacteristic bluntness, but did you know that your African American friends and colleagues design their lives in ways that protect them from well-intentioned, progressive, clueless and dangerous people such as you, as well as the KKK and white supremacists? I would think you might be struggling as you internalize all of this. As your friend I am here for you. 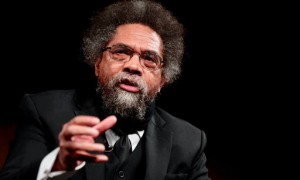 White people keep asking me if I have hope that things are changing. My African American friends don’t ask me this question – not even the most optimistic. As a community we have to have hope, otherwise we wouldn’t get up every day. To quote Cornel West, all of us who have the experience of systemic oppression are “prisoners of hope”:

“Hope and optimism are different. Optimism tends to be based on the notion that there’s enough evidence out there to believe things are gonna be better, much more rational, deeply secular, whereas hope looks at the evidence and says, ‘It doesn’t look good at all. Doesn’t look good at all. Gonna go beyond the evidence to create new possibilities based on visions that become contagious to allow people to engage in heroic actions always against the odds, no guarantee whatsoever.’ That’s hope. I’m a prisoner of hope, though. Gonna die a prisoner of hope.” 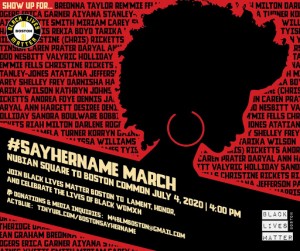 But what I don’t yet have is more hope. What would it take for me to have more hope you might ask? It would require white people actively seeking to become deeply intimate with the truth that is their own history and  identity – to own their particular role and implicit responsibility for what they are watching on the news and protesting about in the streets. It requires white people to not skip truth and go straight to reconciliation to avoid the pain and discomfort (thank you Malcolm Jenkins of the New Orleans Saints). African Americans are socialized from an early age to be conscious of our truth and history if for no other reason than to survive – literally.  If we get confused or try to forget or ignore the truth of our country’s entrenched racism, that intersects with patriarchy and capitalism, we might not survive another day on this earth.

I recently read an interview with John Stewart (formerly of the Daily Show). He made plain the truth white people have to come to terms with and what will be required for change:

“…every advancement toward equality has come with the spilling of blood. Then, when that’s over, a defensiveness from the group that had been doing the oppressing. There’s always this begrudging sense that black people are being granted something, when it’s white people’s lack of being able to live up to the defining words of the birth of the country that is the problem. There’s a lack of recognition of the difference in our system. Chris Rock used to do a great bit: ‘No white person wants to exchange places with me, and I’m rich.’ It’s true. There’s not a white person out there who would want to be treated like even a successful black person in this country. And if we don’t address the why of that treatment, the how is just window dressing.

“Truth Telling” is about listening. It is about coming to terms with the truth that your version of the world is predicated on what is lacking for or has been taken away from someone else. White people in pretty much any country on this planet did not get rich relative to people of color because of “hard work”.  White people got rich because they stole land, murdered indigenous people, enslaved Read More

Coronavirus and Contraception in Rural Kenya: SRH Should be Priority Every Day

PAGE 1 OF 42123
"Philanthropy is commendable, but it must not cause the philanthropist to overlook the circumstances of economic injustice which make philanthropy necessary."
Martin Luther King Jr.