The Imago Dei Fund is committed to advancing human rights, human dignity, and gender balance. Through our work and partnerships, we seek to mend a broken world where girls and women are too often devalued, oppressed, and denied basic human agency. We also believe that solutions lie in centering the voices of women and girls to direct and drive change. Our partner World Without Exploitation embodies this approach, as you’ll read in WorldWE National Director Lauren Hersh’s story below. ~ Katinka Hakuta, Grants Manager 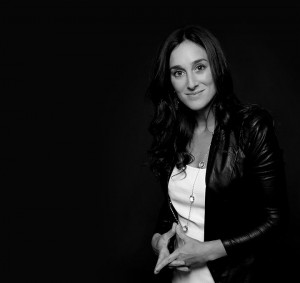 Bea was 15-years-old when she was first sold in the sex trade. For two years, Bea was passed between pimps and bought by more sex buyers than she could possibly count. I learned about Bea by accident. As a New York City prosecutor, I had been investigating a Brooklyn-based brothel and someone mentioned that there was a “girl being sold out of a neighborhood apartment.”

For weeks, detectives watched the location. Expensive vehicles lined the street. Throughout the day, they observed men going in and out of a brownstone. They witnessed young women exiting the location late at night. Neighbors confirmed the open secret– that the location was a known brothel and was run by a pimp.

Because pimping and sex buying were illegal, we were able to seek a search warrant. When police entered the location, they found a badly beaten Bea and clear signs of sex trafficking.

That was a decade ago.

But in the last few years, instead of paving the way toward progress, we’ve seen society take several steps backward.

Across the country, a well-funded movement to decriminalize the sex trade in its entirety has gained momentum. Proponents of these proposals seek to provide a free pass to sex buyers and make pimps legitimate business owners. In New York, New Hampshire, Vermont and Louisiana, legislation has been introduced to make pimping, sex buying, and brothel owning lawful. Right now in Oregon, there is a pending ballot initiative introduced by an uber-wealthy, self-admitted sex buyer to make the sex trade completely legal. If any of these dangerous measures were to pass, brothels, like the one we investigated in Brooklyn, would be businesses like any other, and search warrants would be nearly impossible to obtain.

If you are outraged, you are not alone. Sex trade survivors, anti-trafficking organizations, and child rights agencies all across America are joining forces and unequivocally opposing these dangerous proposals. Collectively, we are urging lawmakers to examine the devastating harms that plague the sex trade and the drastic racial, gender, and economic disparity between the buyers and those bought. 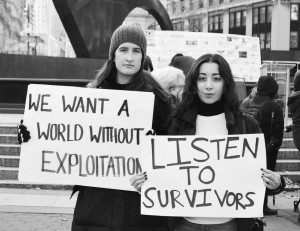 In jurisdictions throughout the country, research is shining a light on the inherent inequality in the sex trade. Both Seattle and Washington, DC, amassed data that demonstrate that women of color, children, and LGBTQ+ youth are disproportionately overrepresented in the sex trade and that their buyers tend to be men–many of whom are white–with privilege and disposable income. In countries where the sex trade is legal, the demand for commercial sex expands and the void is quickly filled by those in society with the least choices. Where there is a legal sex trade, violent crime flourishes nearby.

But a common-sense, survivor-supported solution exists. Known as “The Equality Model,” this solution seeks to hold accountable exploiters–pimps, sex buyers and brothel owners–for the damage they cause. However, this approach also provides exit services, not criminal penalties, for those sold in the sex trade. With survivors at the helm, World Without Exploitation and our two hundred partners are working to bring this human rights model to communities across America. With the support of the Imago Dei Fund, we are meeting with lawmakers, educating leaders, and inspiring the public to join our movement.

A legal sex trade can never be safe, no matter what protections are put in place. It is time to prevent trauma and reduce harm, not create systems that embolden exploitation. For Bea and so many others, it’s time to reject full decriminalization and make The Equality Model a reality.

Lauren Hersh is the National Director of World Without Exploitation and an internationally recognized lawyer, activist, educator and writer working to combat violence against women and girls in schools, online and in the legal arena.